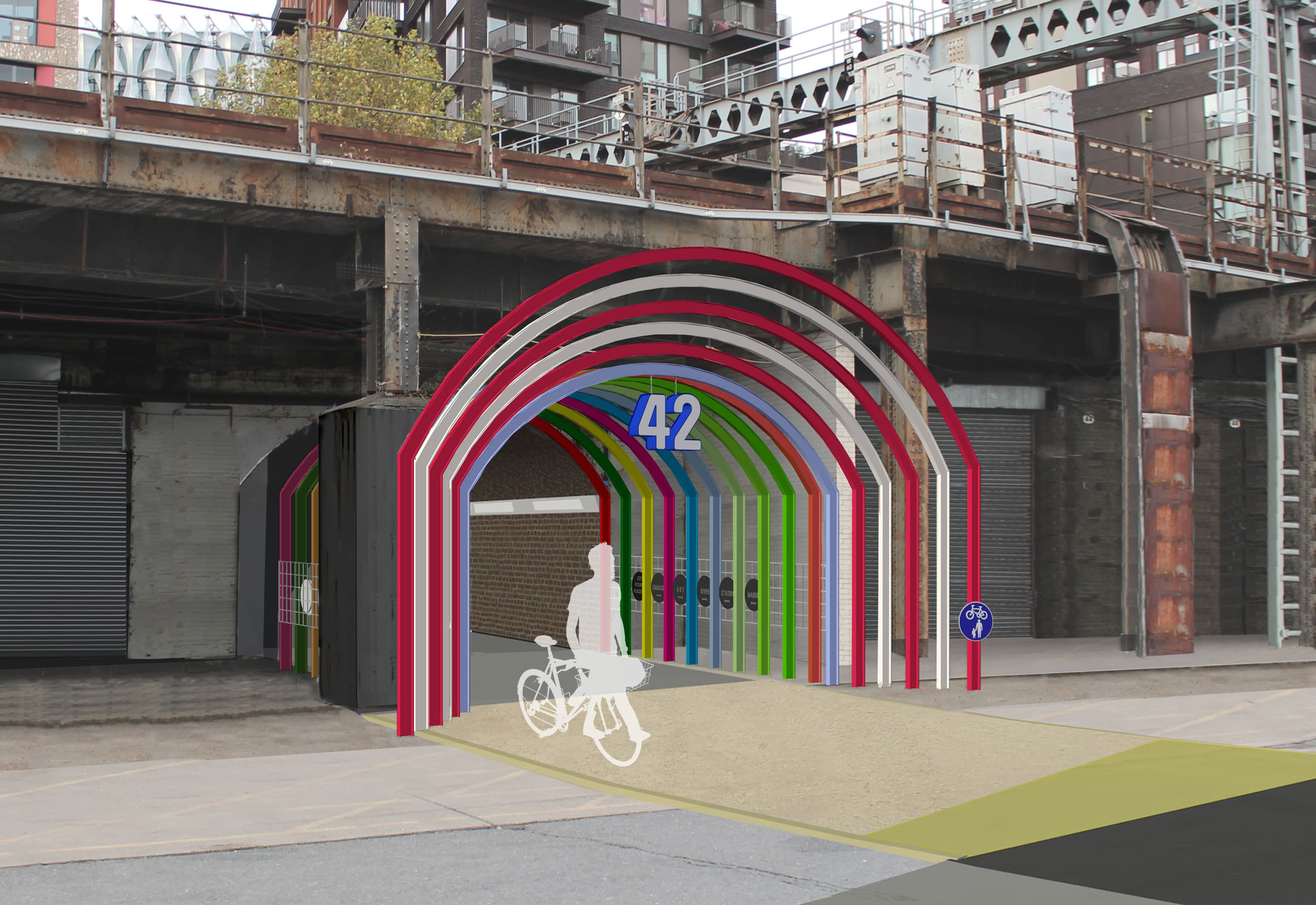 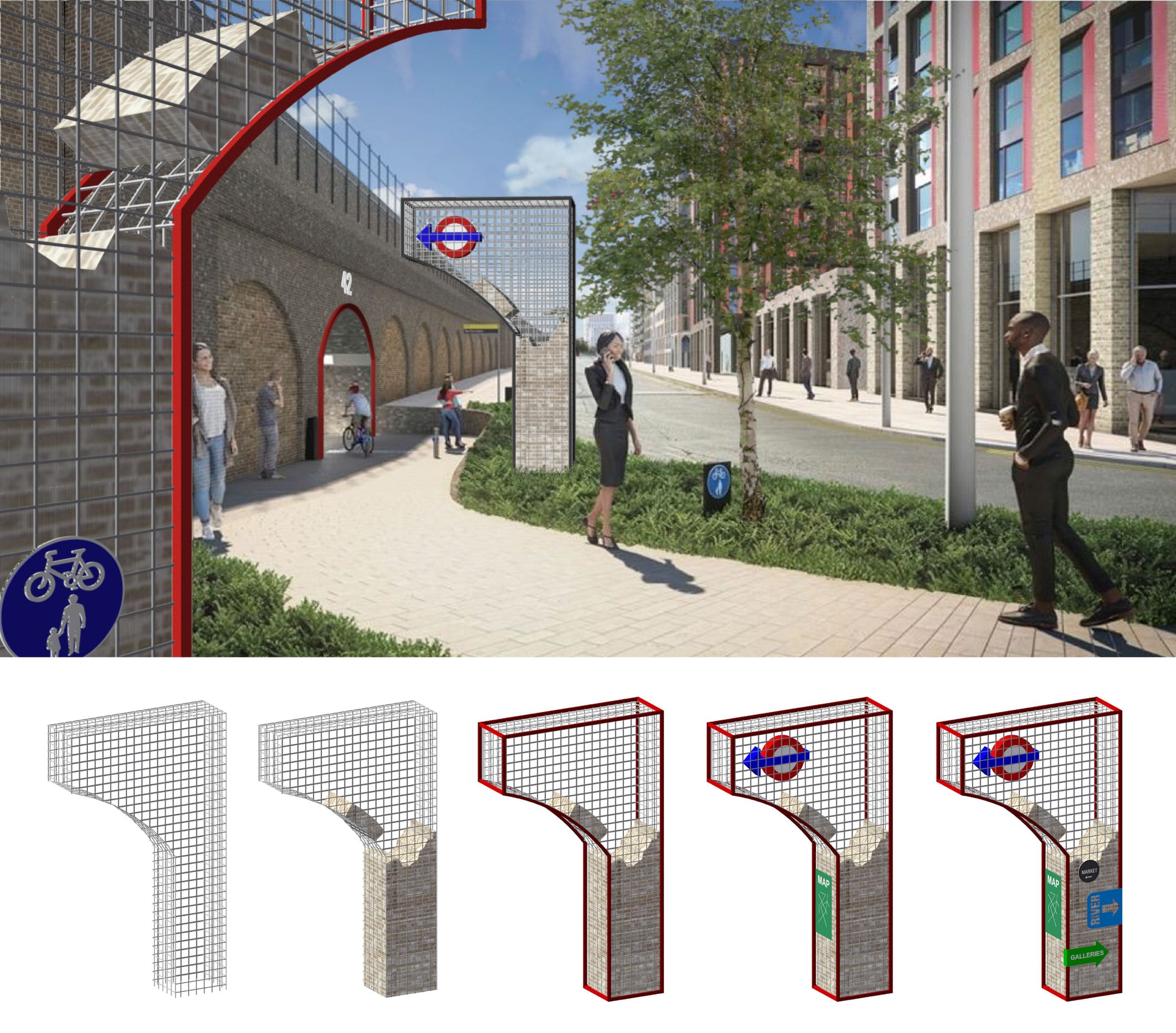 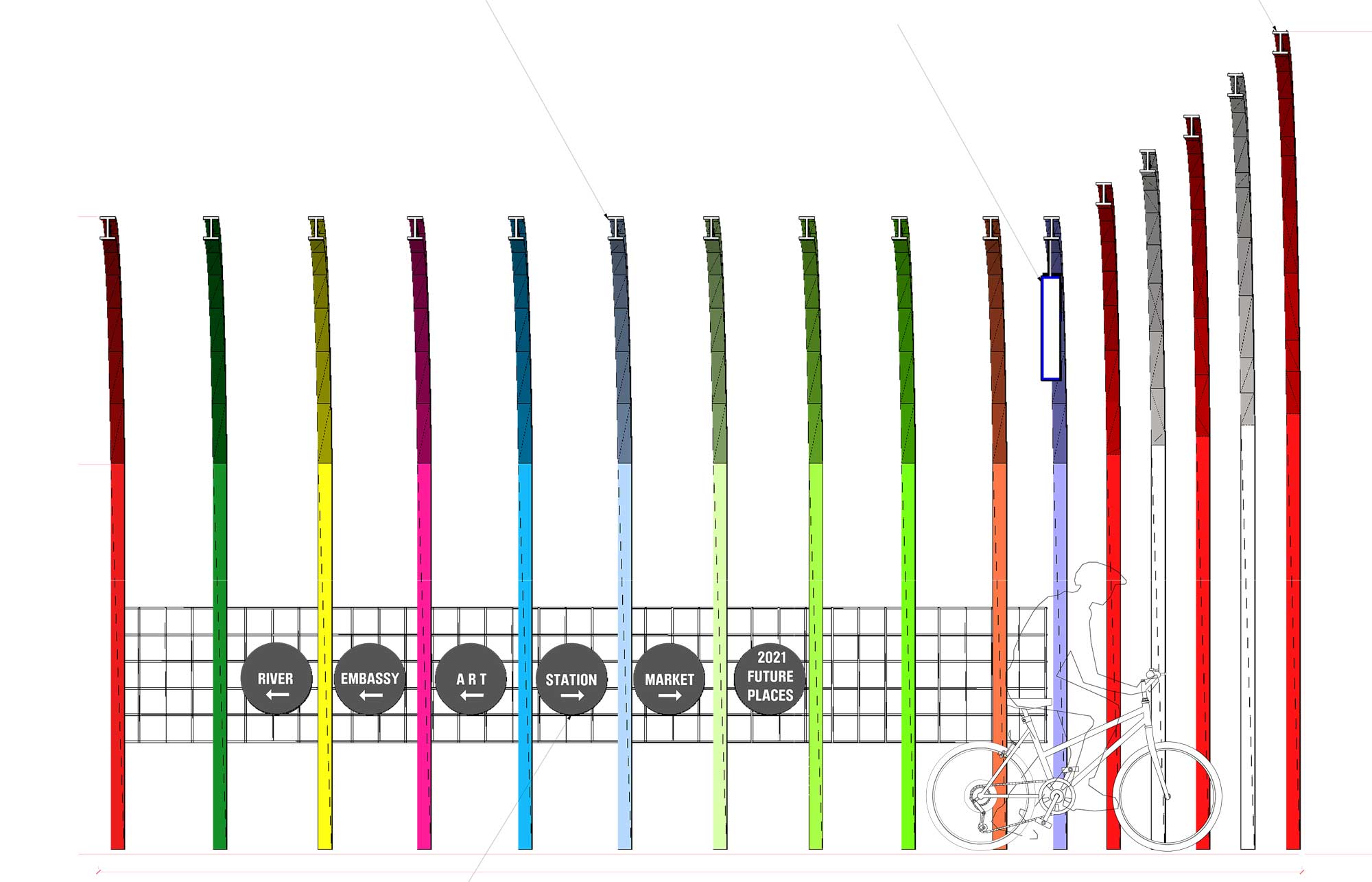 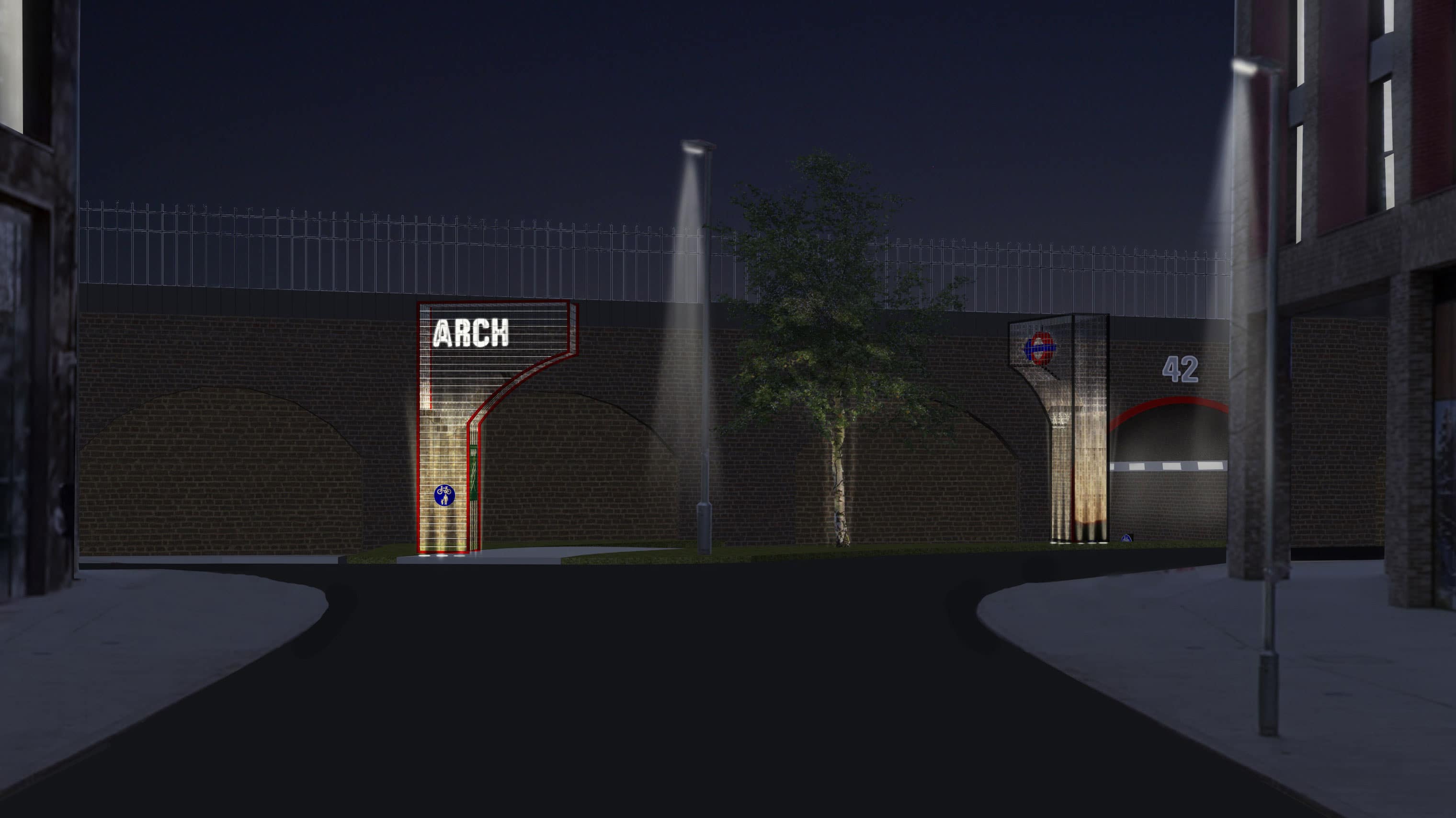 “ What is an arch? Two segments of a circle, each of which being weak in itself tends to fall…but…combine to form one strength.”  LdV

Our proposal embraces the geometry of arch 42 and the language of industrial materials – steel, mesh, bolt and brick found nearby.

Approaching from the South and the new Nine Elms station, a colourful new entrance appears, formed in steel arches & drawn forward from the recessed existing opening.  Rising up at the front and splaying out sculpturally, this new mouth to the arch visibly smoothing the approach and concealing the columns and overhanging track clutter above. A welcoming, colourful invitation to enter. Working with local people we will explore colour combinations for the arches in our Technicolour Tunnel, alongside uncovering facts, stories and locations to highlight on wayfinding discs fixed either side.

To the North, two ‘half arches’ formed in gabion mesh are located either side of the new ramp.  Positioned to be clearly visible along Ponton road & the river approach.  Partially filled with brick and rubble from local construction they are solid at the bottom and light at the top, enabling a taller feature. At night, lights built into these structures create a subtle glow – improving visibility from a distance.  With main signage built in at high level. At low level maps are fixed to the mesh faces along with temporary signage to highlight new places as the area evolves.

What is Arch 42? Two halves made whole