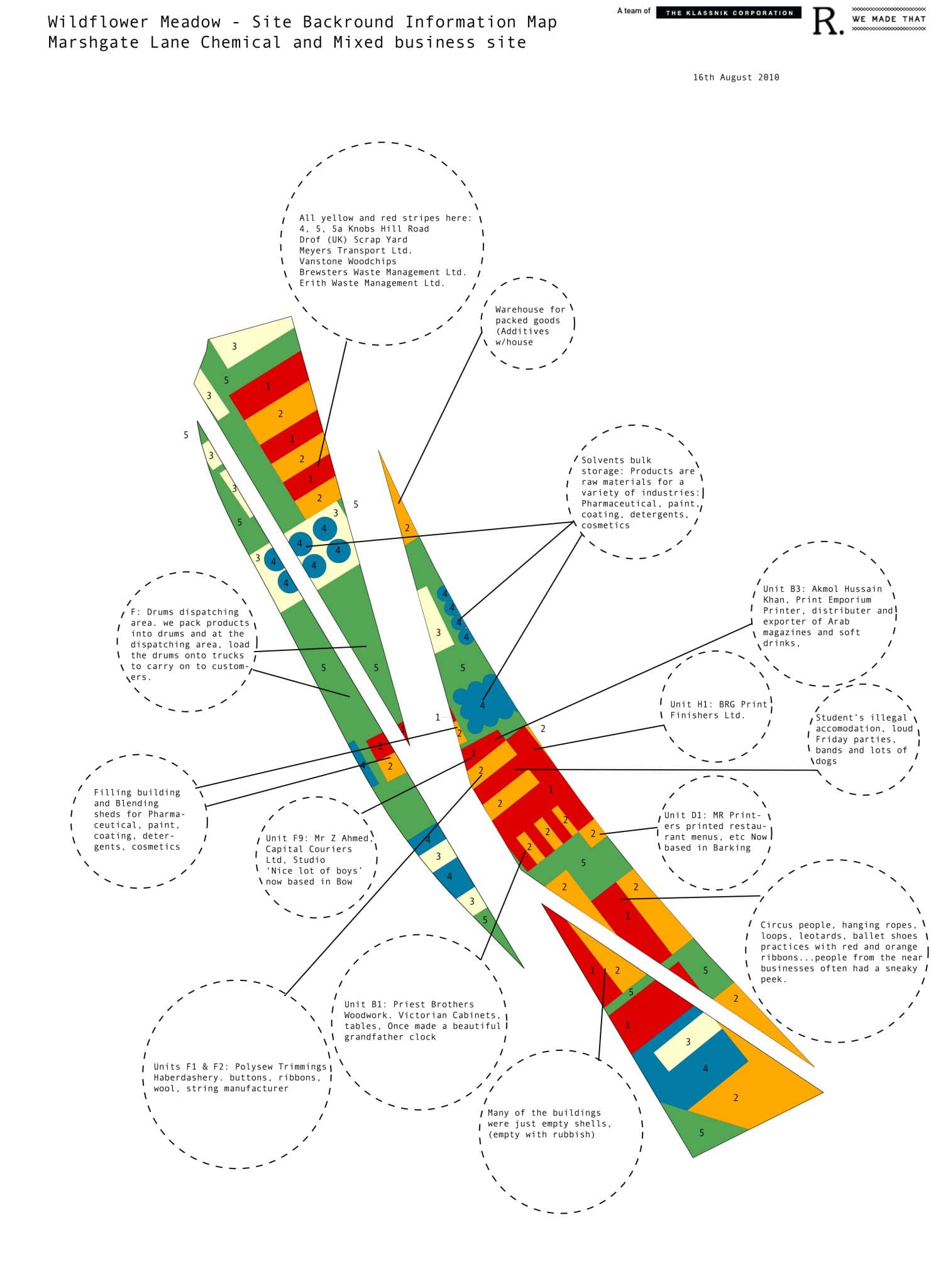 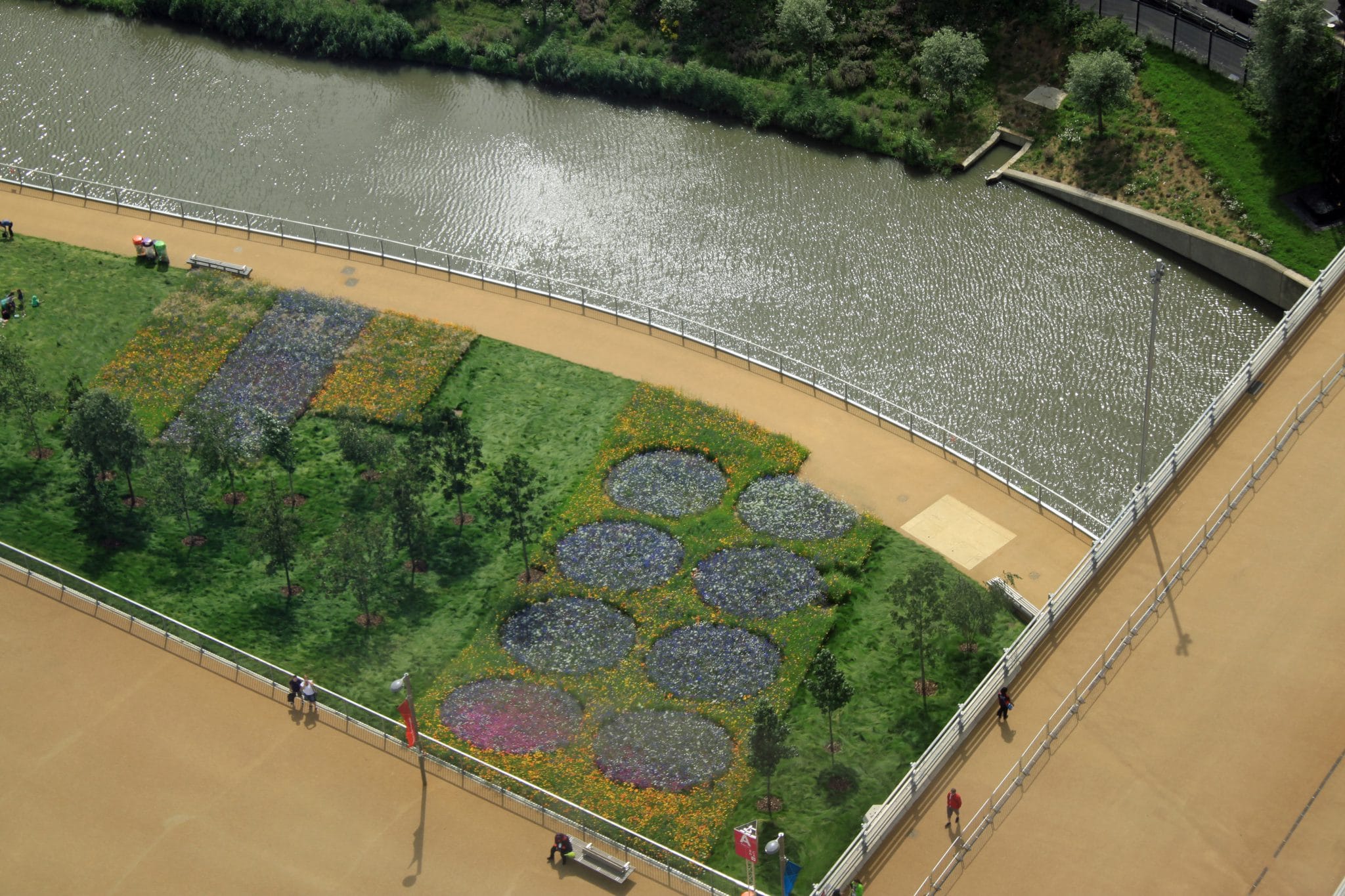 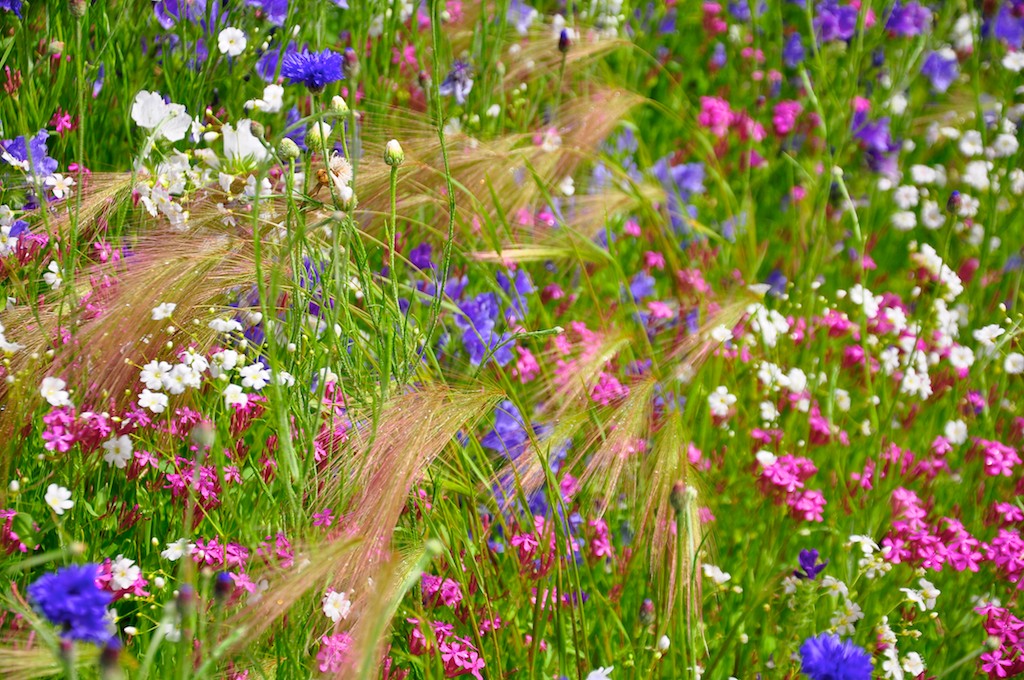 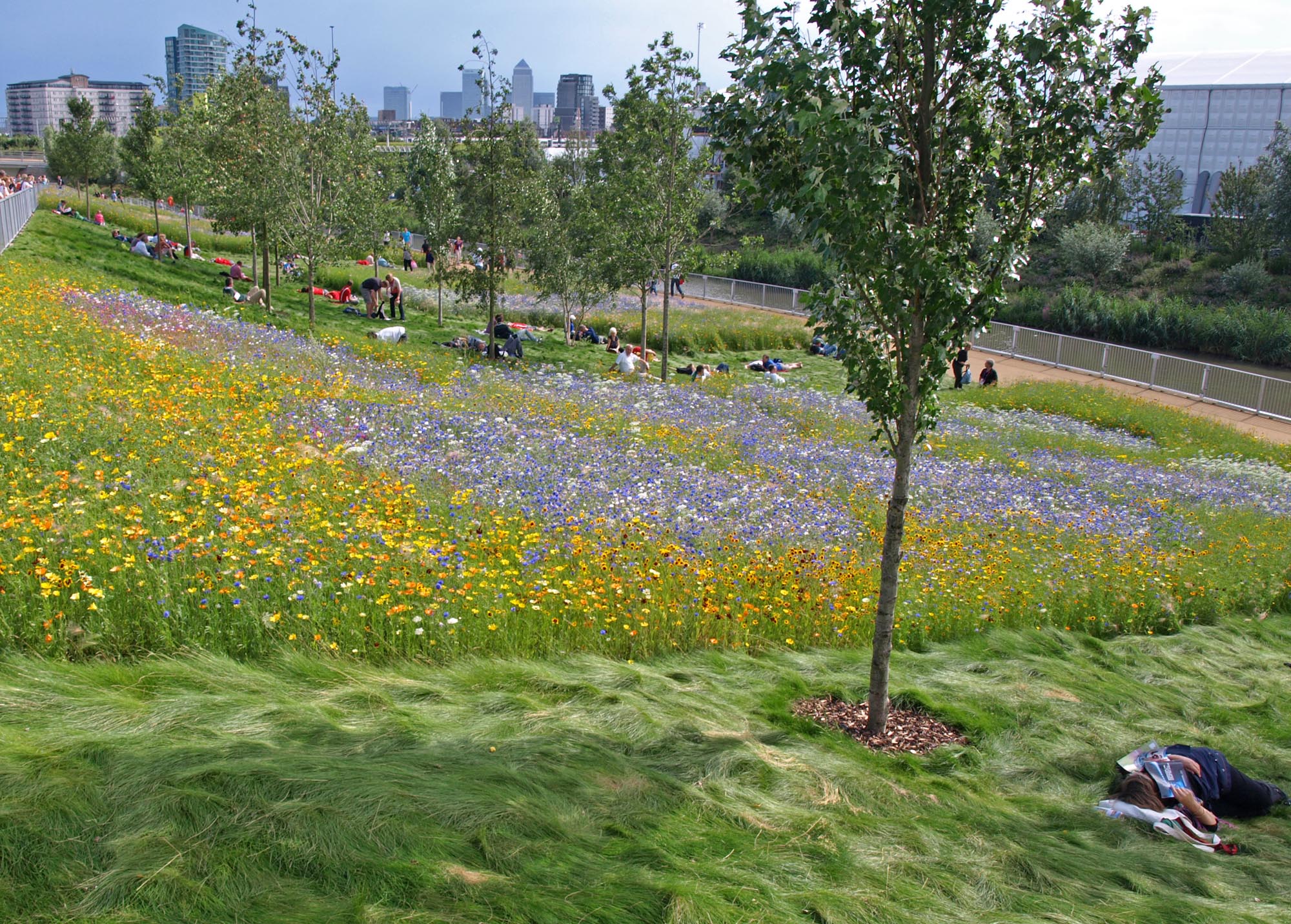 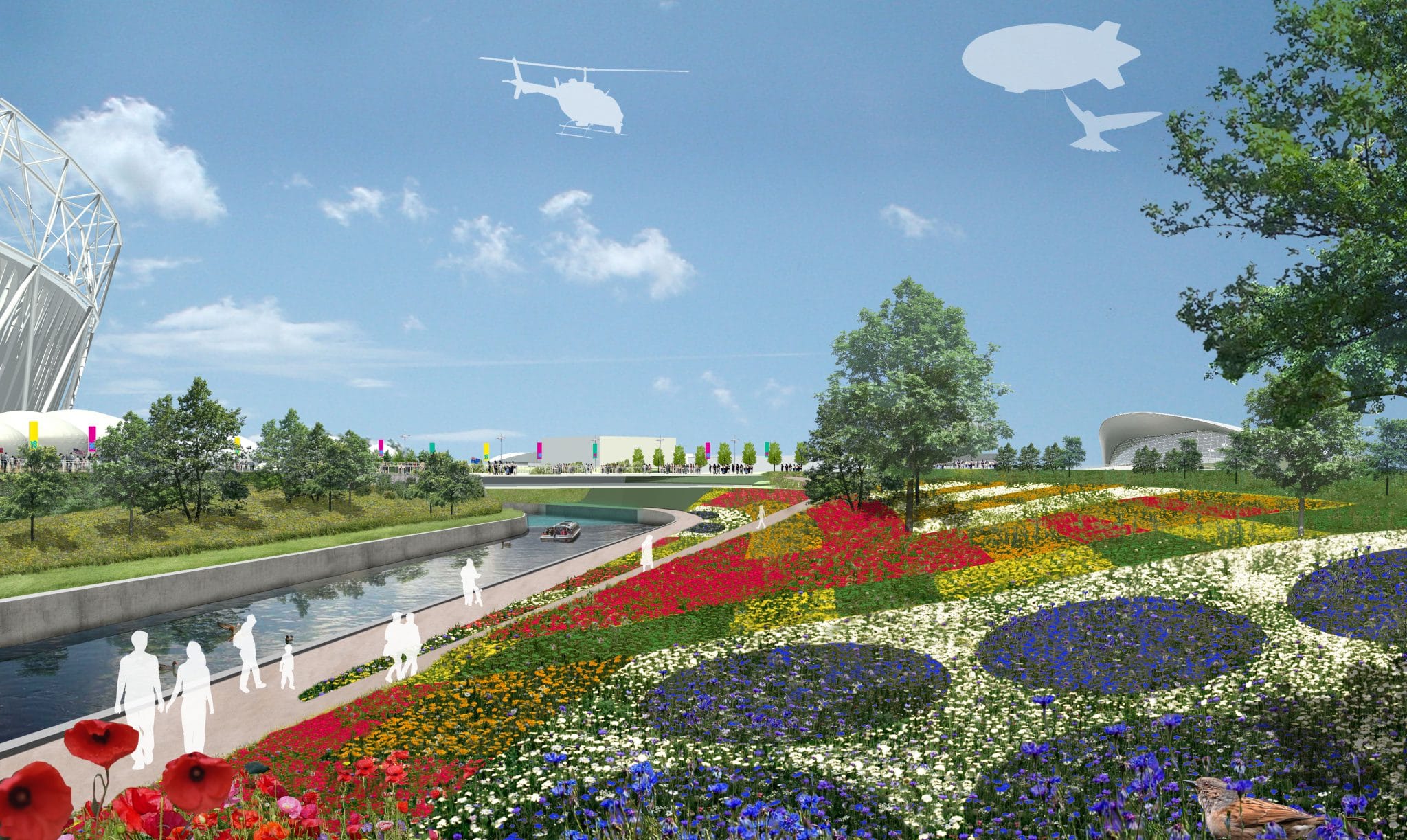 A collection of landscape interventions and community engagement events commissioned for the London 2012 Olympic Park in Stratford.

The ‘Fantastic-Archaeology’ wildflower meadows act as a floral celebration of the industrial heritage of the site. Recreating the footprints of the industrial buildings which previously occupied the location through patterns of coloured planting.

Sited between the Olympic Stadium and Aquatics Centre the Meadows can be enjoyed at ground level as a vivid floral display and focus for discussion relating to the history of the site and the flora and fauna of the biodiversity that inhabit the Park now. When viewed from above, such as from the viewing platform of the adjacent ArcellorMittal Orbit, the distinctive graphic geometries of the planting will be revealed.

Developed as a team by The Klassnik Corporation, Riitta Ikonen and We Made That for the Olympic Delivery Authority the Fantasticology projects aim to integrate art and culture as a core element of the London 2012 site. The proposals have been developed in close collaboration with the Parklands and Public Realm team and Olympic Park landscape designers to offer both a distinctive experience during the games whilst also leaving a lasting legacy.

Riita Ikonen, We Made That