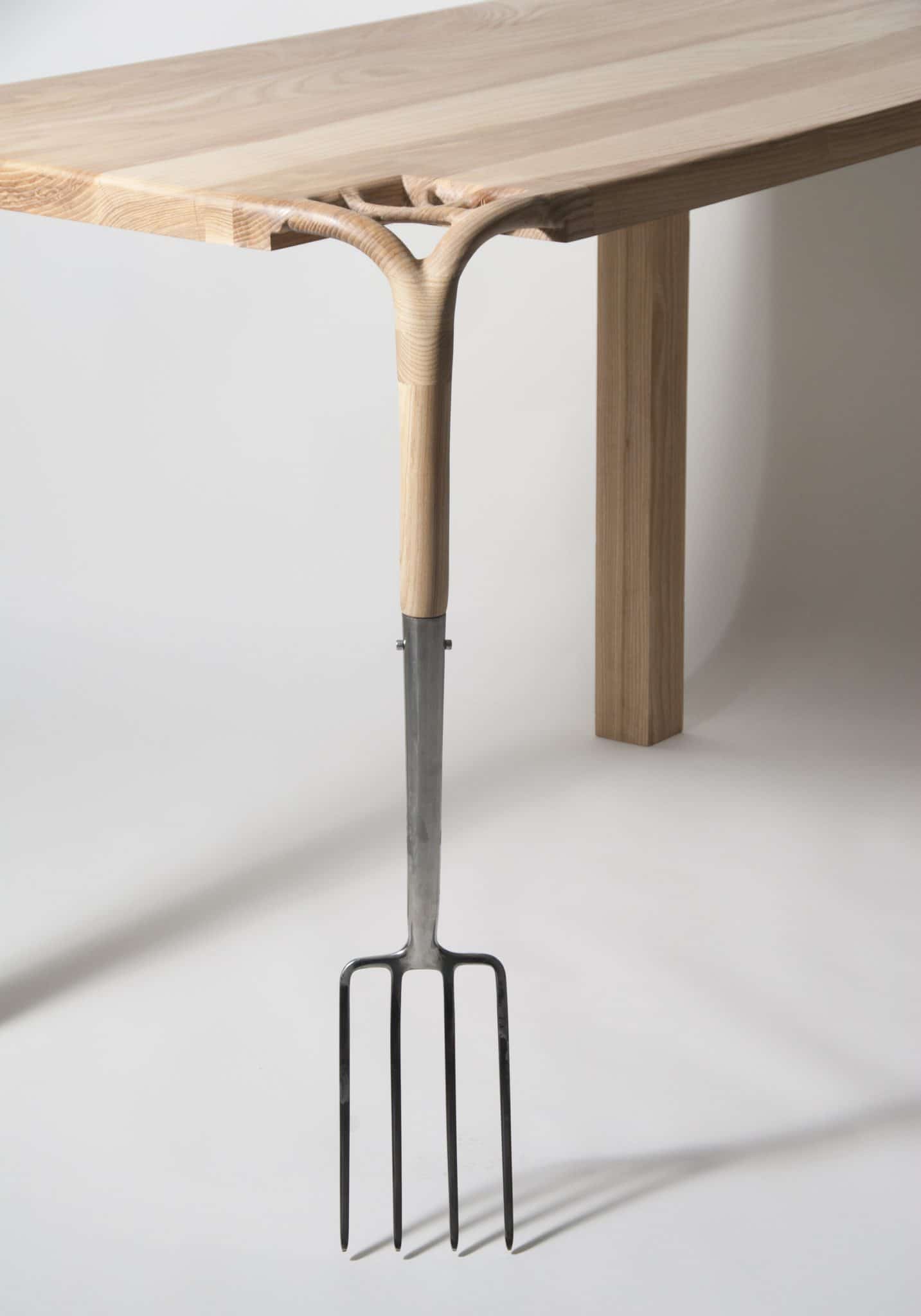 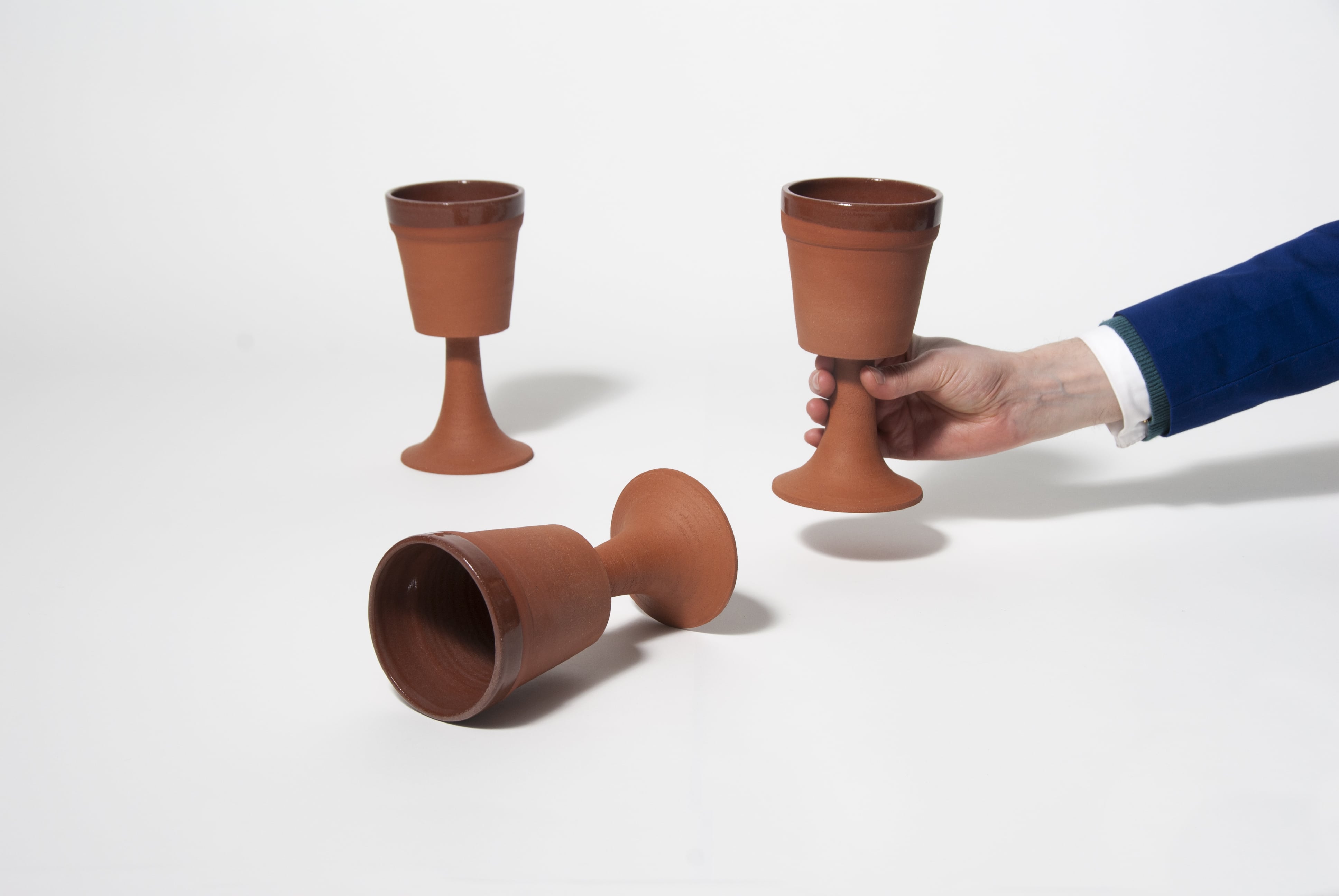 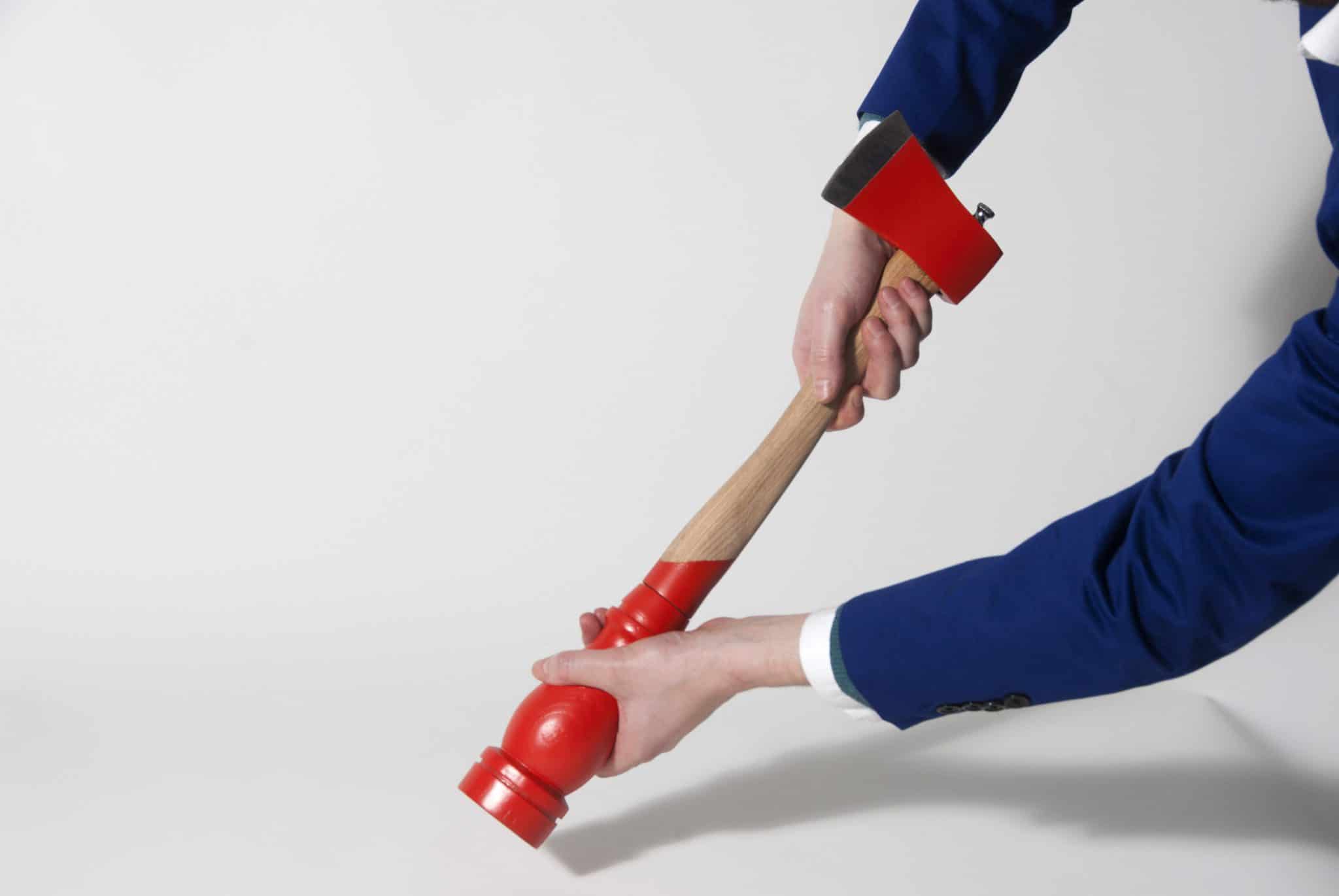 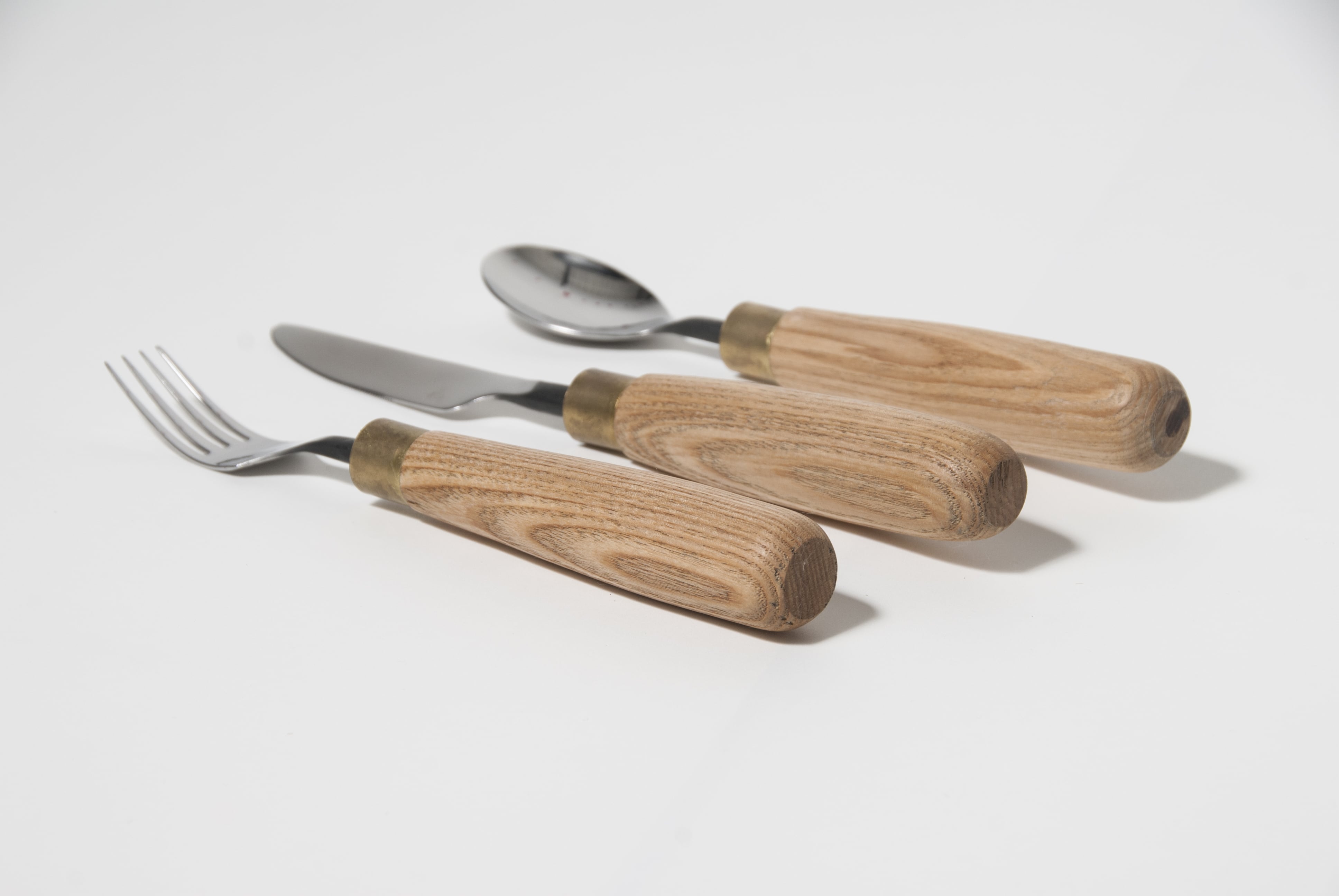 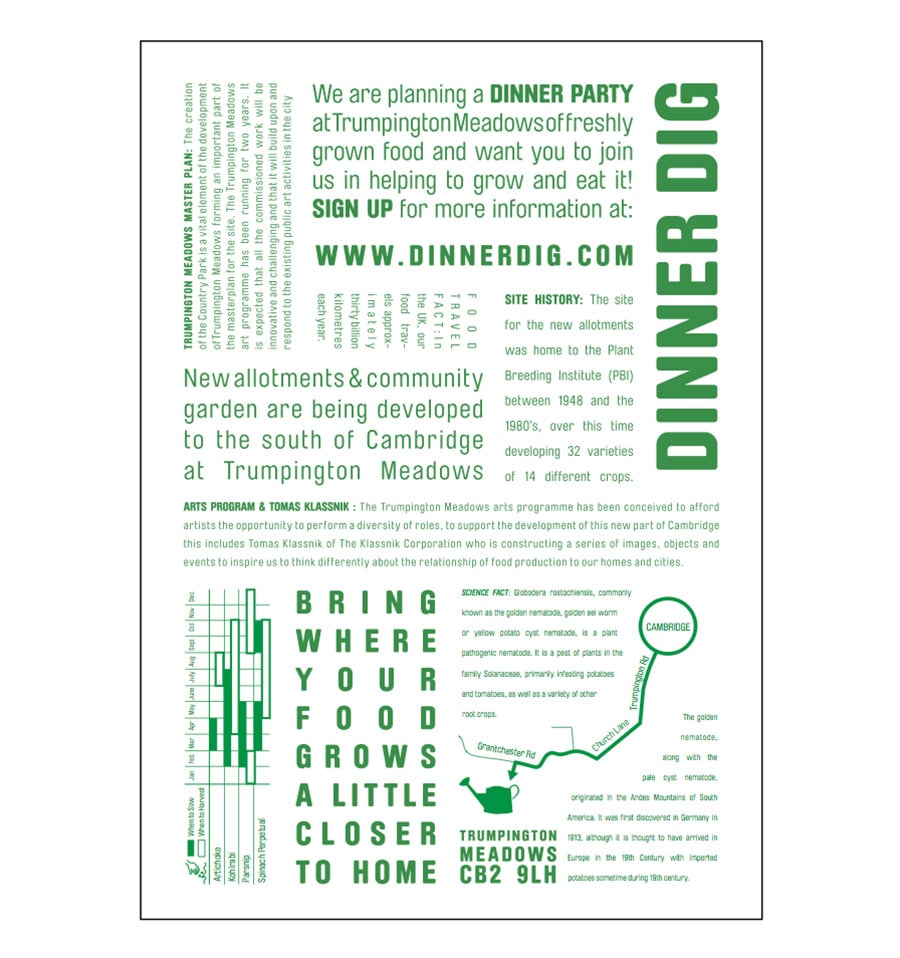 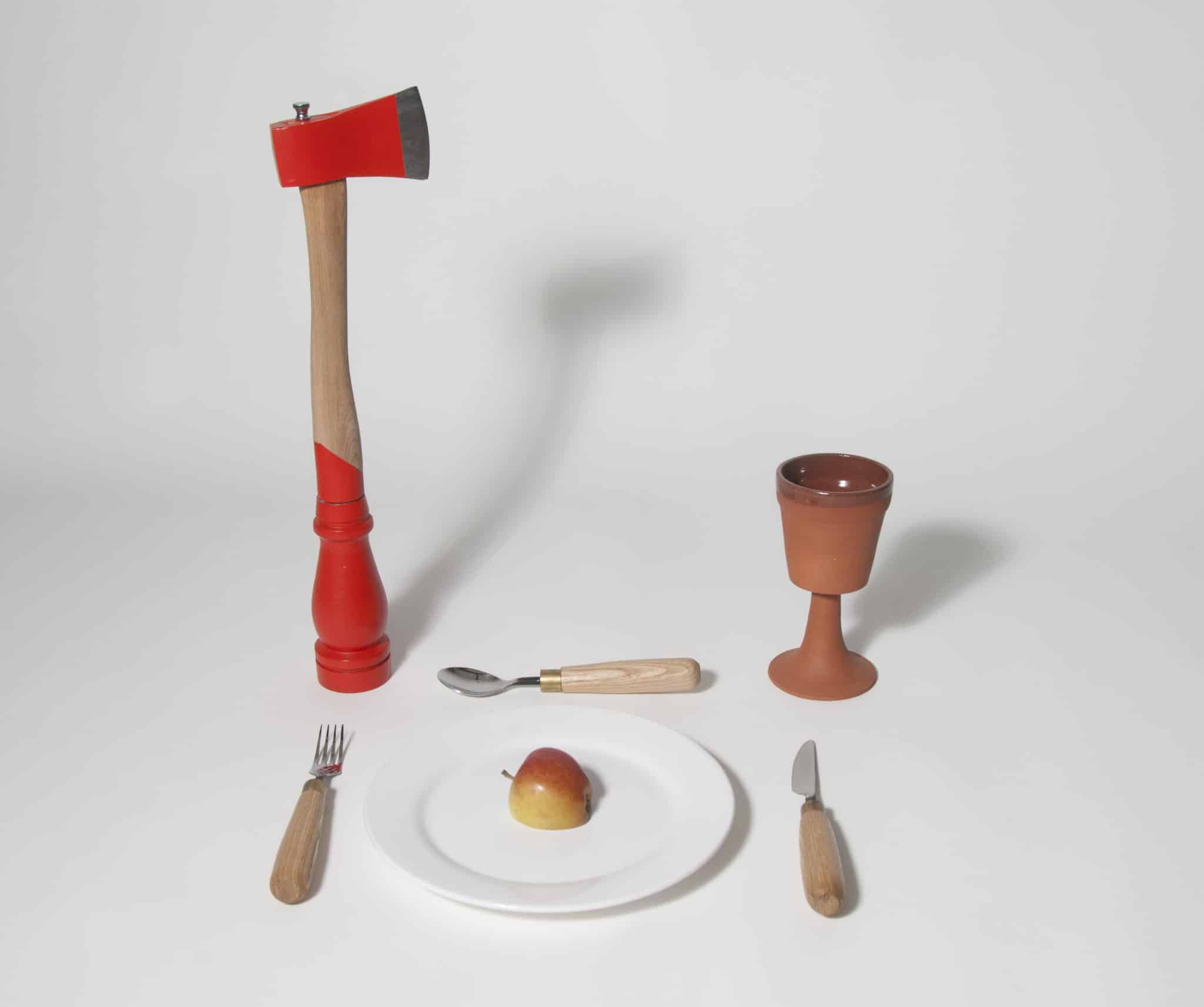 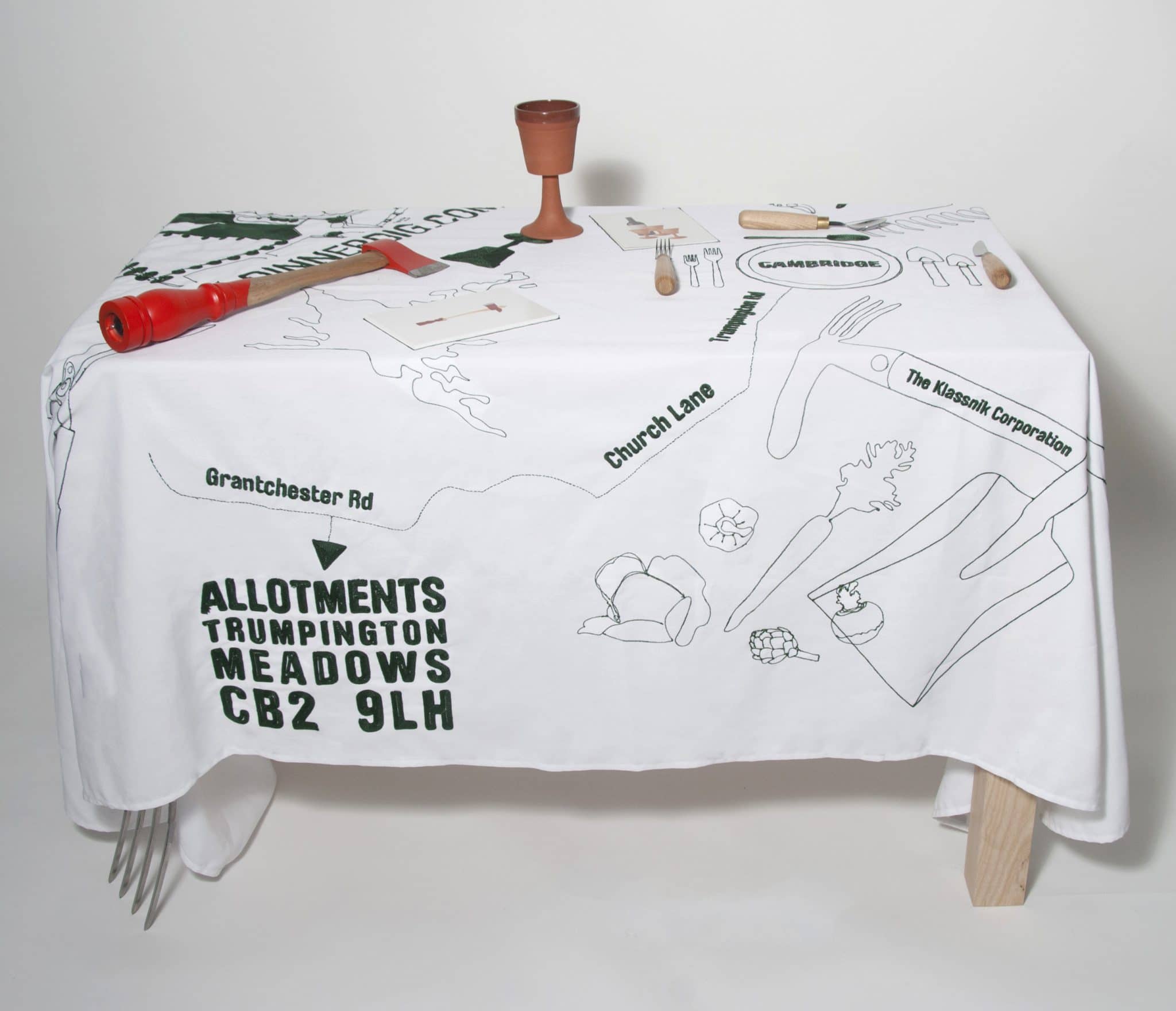 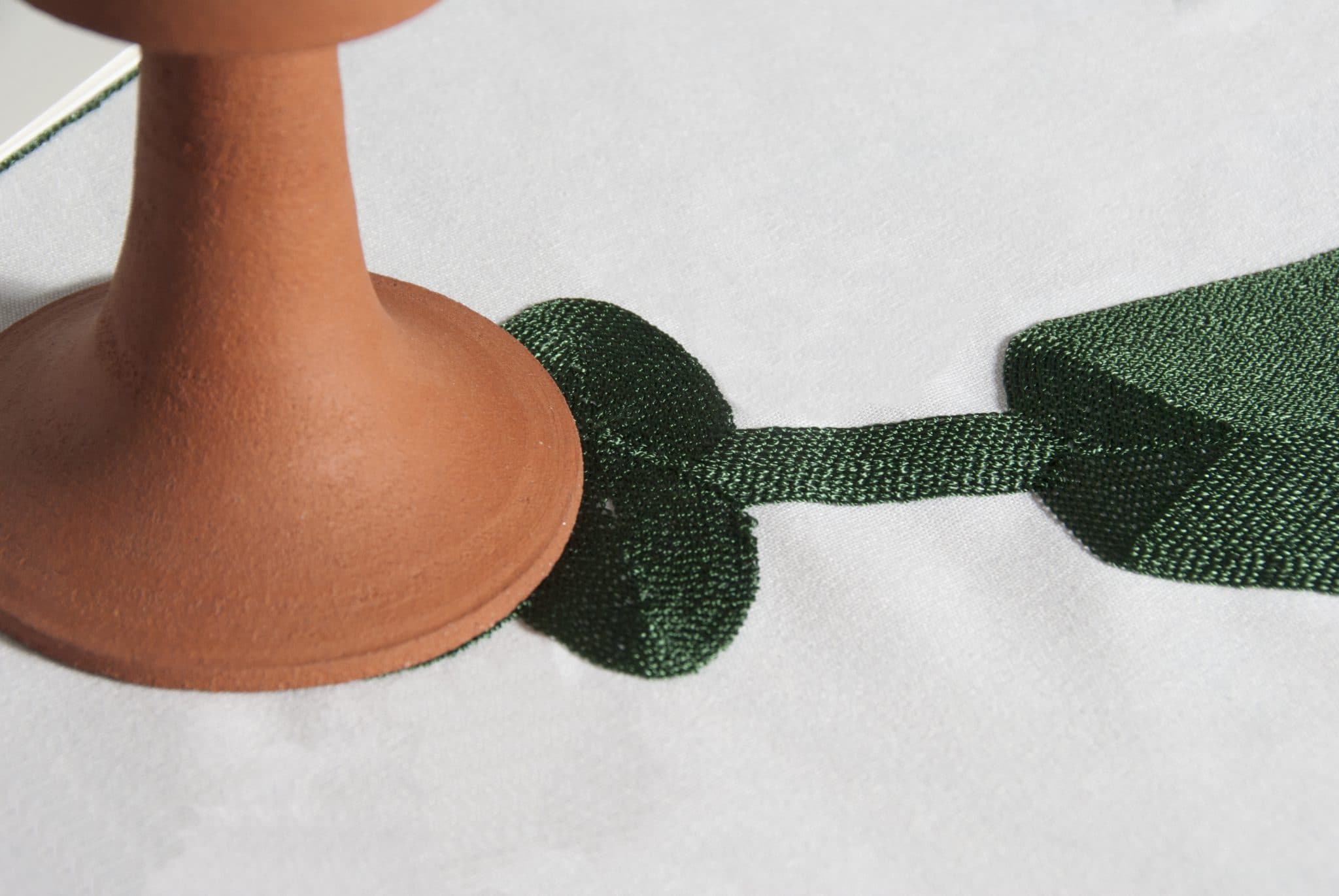 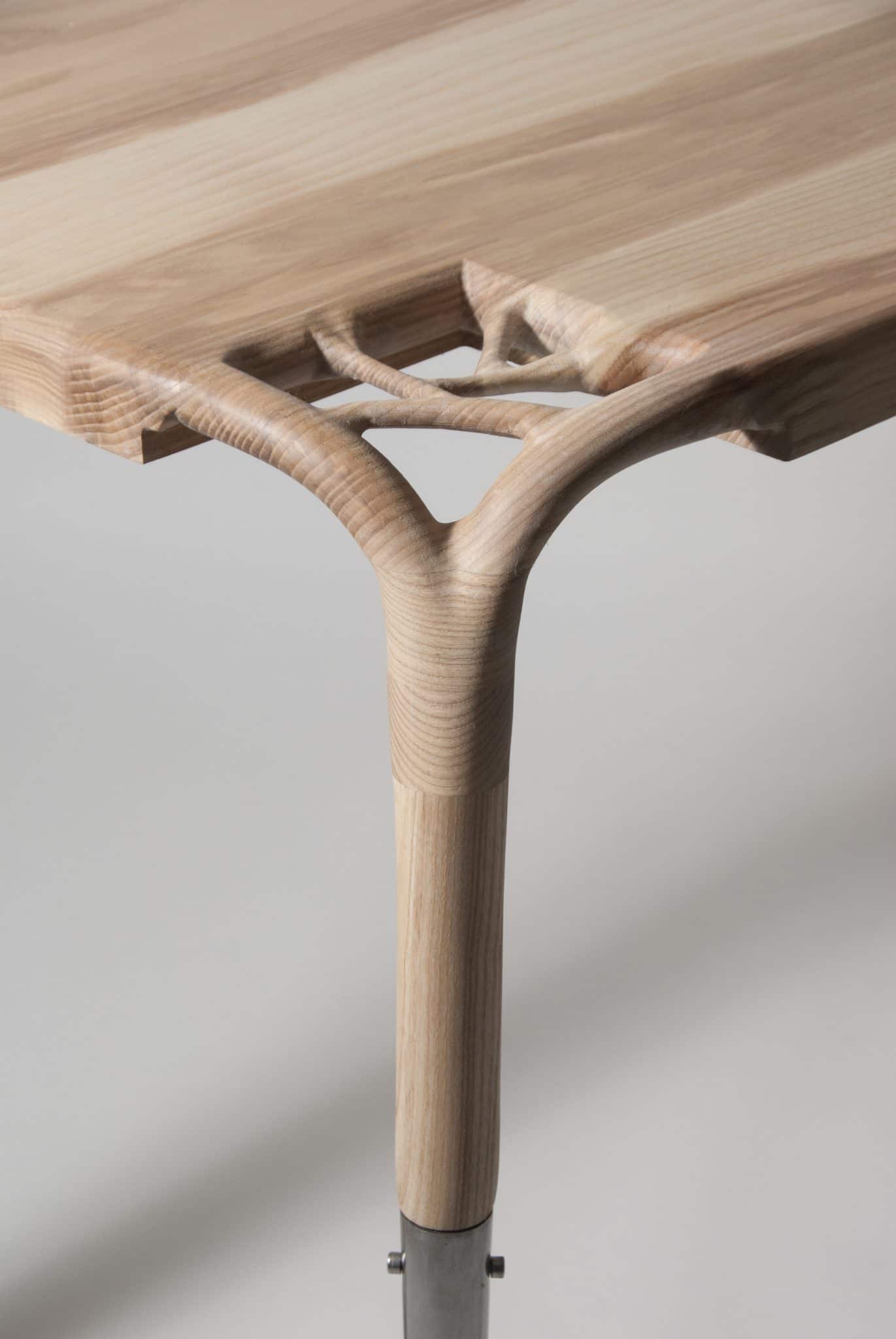 Dinner Dig consists of a series of objects and furniture produced in response to the development of allotments on Trumpington Meadows historically the site of the Cambridge Plant Breeding Institute and culminating in a meal at the site.

Between 1948 and the 1980s the Plant Breeding Institute developed 32 varities of 14 different crops. The most famous of which is probably the Maris Piper potato, which was mutated with a resistance to the soil borne cyst nematode species Globodera rostochiensis.

Exploring this theme of hybrids we have cross fertilised objects associated with dining and those of the allotment. The final installation of the series being a cast concrete feasting table for the new allotment gardeners to use in an annual celebratory feast.